University of Minnesota Duluth (UMD) Professor Ted Pedersen and his colleague U of M--Twin Cities Professor Serguei Pakhomov have been awarded a three-year $935,000 research grant from the National Institutes of Health (NIH) to study a major public health concern in the country today—that of dangerous adverse drug reactions. The NIH award will enable the team to develop computer-based advanced Natural Language Processing techniques that comb through medical records in order to more quickly detect widespread adverse drug reactions.

Both men are experts in Natural Language Processing, a branch of Artificial Intelligence that is working towards making computers better able to use and understand human language.

"An adverse drug reaction is an unintended side effect of a medication or combination of medications that harms the health of a patient," explains Pedersen. "A very well known and tragic example is the case of Vioxx. This was aggressively marketed as a "super aspirin" for pain relief from 1999 until 2004. Despite being approved for sale by the FDA, Vioxx caused a significant number of heart attacks. It took nearly five years for this to be recognized. During that time thousands of people died because they were taking this drug." 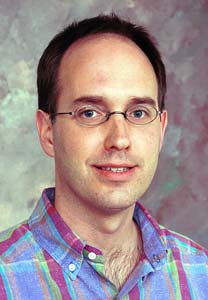 Professor Pedersen further explains, "The goal of our project is to improve the quality of post-marketing surveillance for adverse drug reactions. While drugs are tested and approved by the FDA prior to being sold to the public, the sick and the elderly often take so many combinations of drugs that it isn't possible to test all the possible interactions. In addition, pharmaceutical companies sometimes push very hard to get a drug approved quickly, and may not conduct enough studies to identify possible adverse reactions to a new medication. In this environment, more aggressive methods of post-marketing surveillance are increasingly important, and this project will provide exactly that."

"The key to this project is to use Natural Language Processing to unlock the information that is stored in medical records but not currently being used," Pedersen said. "Each time you see a doctor, a record is made of that visit. The doctor describes your chief complaint, your symptoms, the diagnosis, what medications you've reported taking, and other relevant facts, usually in natural language. But each doctor describes patients in different ways, and so it's very difficult to spot general trends in these records." The big problem Pedersen notes is that "...language is infinitely flexible, and it is easy to say the same thing many different ways which makes it impossible for traditional text retrieval techniques to be effective."

This project will develop methods that can identify different statements that have similar underlying meanings in medical records. This will make it possible to quickly identify patients who are taking similar combinations of drugs and possibly suffering from adverse reactions as a result. This can then be reported to both the treating physician and to the FDA to aid in nationwide post-marketing adverse drug reaction surveillance.